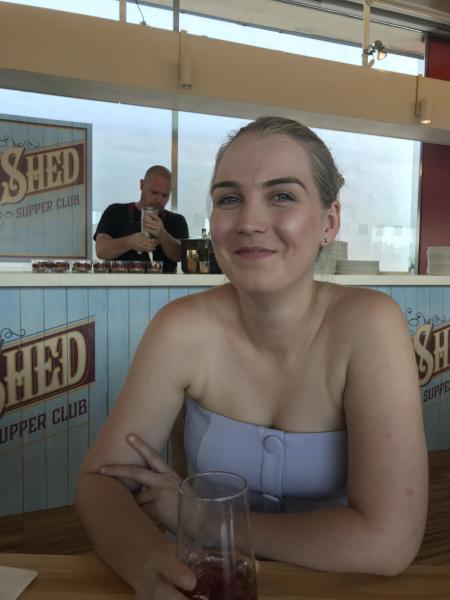 At 11 months of age I began having seizures, which after further testing I was diagnosed with epilepsy, caused by a genetic condition called Tuberous Sclerosis (TS).

Growing up with epilepsy has definitely been difficult. It was hard to explain epilepsy to people as no one can quite understand unless they are living through the same journey. This led to me feeling quite alone at times, and a lack of understanding meant I was bullied through secondary school. I have focal seizures which last a couple of minutes, and after them I could sometimes carry on with class. However my school would often send me home, which led to me missing 60 days worth of education in five years.

Epilepsy wasn’t all bad though, and a lot of that is thanks to my family. They’ve always encouraged me to fulfil my dreams and believe I could achieve anything. Recently my brother said, “It was easy to forget you had epilepsy as I just thought of you as my sister.” Because of this, I was able to become a paediatric nurse specialising in neurology and neurosurgery. I had lots of obstacles put in my way through life and wanted children and young people to know that I understood the journey they were going through. However I put a lot of pressure on myself to keep going, meaning I sometimes have to remind myself it’s ok to not always be ok.

Epilepsy surgery was not mentioned to my parents when I was younger. I decided to transfer to a different neurologist a few years ago, and it was only then that the subject was broached as a possibility. I have between 2-4 seizures a week, and my job can increase my chances of having a seizure, but working as a children’s nurse has always been my dream.

In January 2019 I had at home telemetry and the results were sent to a neurosurgeon to see if surgery was an option for me. The following October I had a meeting with the neurosurgeon and discovered that surgery was a possibility. Before the meeting my main worries were if it would affect my ability to still be a nurse, but I was instantly reassured that this would not be an issue. My mum & fiancé were there supporting me, and I left the meeting feeling so safe and that was because of my neurosurgeon.

At 26 years of age, with my dream job, and planning my wedding, I initially felt slightly nervous about the concept of surgery, as I was worried it could change the good things in my life. I don’t know a life without seizures, and I worried “Who would I be without seizures?”, “What will it feel like to lose that part of my identity?”. It was in my adult life that I started to notice my anxiety and insomnia around seizures. It is the one time in my life where I have no control and I find that very scary.

I had mixed emotions about surgery. Mostly I was excited about the opportunity being offered and the possibilities of what life would be if it was successful. I also felt nervous and vulnerable, as I have never had surgery before and didn’t know what to expect. Being a nurse I’m normally on the other side, now I would be walking in a patients’ shoes. Due to Covid-19 my surgery date was given to me at short notice, and it meant I was unable to have any visitors in hospital which was very hard. I felt quite alone and vulnerable whilst there, but the nurses were great at supporting me, and even helped celebrate my birthday.

I was in hospital for a week, and despite tiredness, headaches and bruising, I started to feel better much sooner than I expected, and since surgery I have currently been seizure free. There is still a chance my seizures could return, but I’m prepared for that. Since I was diagnosed with TS and epilepsy I have never had more than a few weeks seizure free, let alone a month!

I can already start to feel my anxiety around seizures lifting. It is important to remember that for people with epilepsy, seizures can become part of our identity that you may lose seizures, but you don’t lose epilepsy.

For people who are thinking about having epilepsy surgery my first bit of advice would be to take the time to think about the decision as it is a life changing one and it’s a big surgery. I sat down and wrote a pros and cons list this helped me process my decision and know I was doing the right thing for me. It’s important to work out exactly why you are having this surgery. Epilepsy surgery is not a magic ticket out of epilepsy, but it can improve your quality of life as I’m already learning one month into recovery.

As someone who has lived with epilepsy my whole life it’s helped shape who I’ve become. I decided to have surgery as I wanted to take a little bit of control back from epilepsy, whilst recognising that it has also given me some great opportunities and strengths I wouldn’t have had without it.

"We can all still have a great life and story to tell; and epilepsy is just one chapter of it." 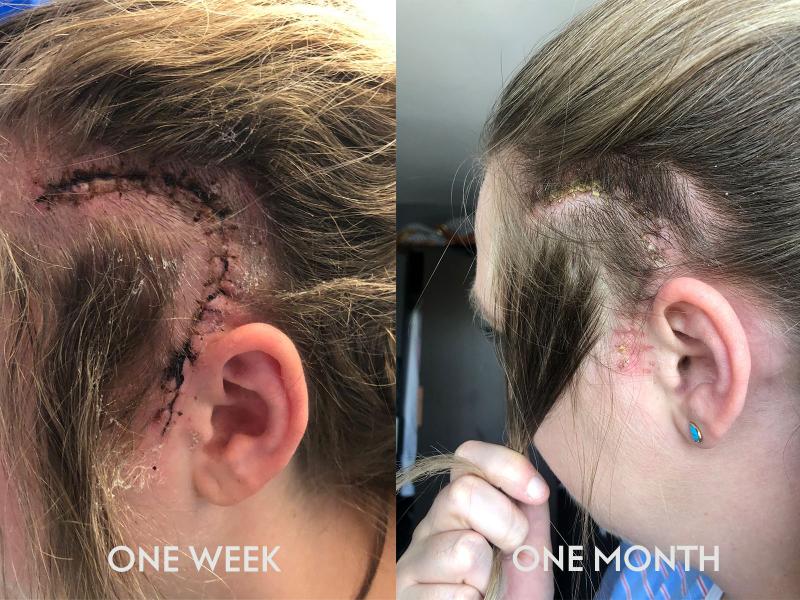 Read more about
Mental Health, Epilepsy and Me: Charlotte's Story