What VNS Has Done for Me 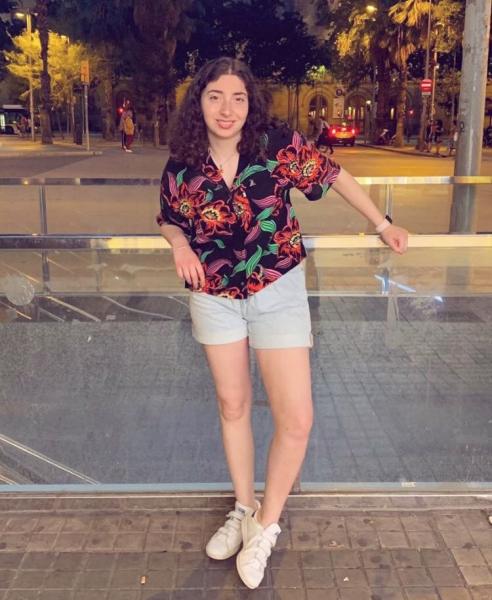 Last October I celebrated one year since I had my VNS implant and I was so happy to be doing so.

I was diagnosed with epilepsy when I was three (I’m now 25), my seizures have never been fully controlled and I don’t remember a time when I wasn’t on multiple anti-epileptic drugs (AEDs). 2019 was a really bad year for me. By April I’d become accustomed to having clusters of up to 10 seizures every two weeks. I’d already made two medication changes and was beginning to lose hope. Then my consultant said she wanted to refer me to the surgical team to discuss VNS.

At first I was apprehensive. Throughout my life I’ve gone to multiple MRI scans praying the doctors would find something they could fix or remove in order to eliminate my seizures. But every time the scans would come back clean. Surgery wasn’t an option for me and it never would be.

Knowing this made VNS seem wrong, I can’t have surgery. But it wasn’t just that that left me feeling uncertain. At the time it felt like I had gone through every AED on the planet, VNS was my final option. So I had to accept that I really was ill enough to start considering the last resort.

The odds for VNS are pretty good, 2/3 people experience some level of improvement in seizure control after implantation. And after meeting the surgical team I realised I had nothing to lose. If I turned it down I would be the way I was forever, battling this condition at a debilitating level. If had the surgery and it didn’t work, I’d at least know I’d tried everything I could. So I agreed to put myself on the waiting list and just under six months later I was rolled into the operating room at the National Hospital for Neurology and Neurosurgery.

I was told my surgery date just five days before it was due to take place. I was actually away from home, visiting my old university, when my mum called with the news. Those five days were so stressful, with very little information and not a lot of time to mentally prepare, I struggled. At one point I felt so on edge that I almost considered cancelling, I can’t even explain how glad I am that I didn’t.

The two weeks that followed my surgery were even tougher. At the time I was severely depressed, I’d just switched anti-depressants and the new pills were not doing the job they were meant to. This sent me down a spiral into a dark abyss. And although I’m sure the same would have happened with or without surgery,  having to deal with the pain and anxieties that the surgery left me, made my mental battle just that little bit harder.

Even so I’m beyond happy that I decided to go ahead with it. I begun to see small improvement in my seizure control within a few months and almost a year after it was switched on I have hard evidence that it is working hard to prevent my nocturnal seizures from escalating into something that’s disruptive. This device is doing its job and I can barely express the gratitude I feel towards this tiny 4.5x3cm device.

My seizures are now better controlled than they’ve ever been. VNS is an add-on treatment, it goes hand-in-hand with AEDs. I know my seizure control is as much down to finding the right dose of the right drug as it is down to VNS. But VNS has given me something no pill ever could.

VNS has given me the gift of confidence.

It’s now second nature for me to grab my magnet and strap it to my wrist before I leave the house, just as one would pick up their phone and keys. I know that no matter where I am I can swipe that magnet across my chest and tell my seizures to stop. I’m the one in control now. So if your doctor suggest VNS to you, all I would say is go for it! You honestly have nothing to lose but potentially a whole lot to gain.

VNS surgery is by no means an easy ride. The recovery isn’t simple and you will experience a lot of new sensations in your throat as the device’s pulse intensity increases. It can hurt, but I’ve always found I get used to it within a week of making alterations. I’ve been super lucky with my two scars, both of them are barely visible. I sort of wish they were more evident as I wear them with so much pride. The two lines across my neck and chest are battle scars. They don’t just symbolise the struggles I had with VNS, but everything else I’ve faced beforehand and since.

To say this tiny thing has changed my life is an understatement. VNS has given me a new life. 18 months ago I wasn’t sure if I’d even make through the calendar year, now I’m contemplating the concept of, just maybe, one day being seizure free. It by no means works perfectly, there’s still a long journey ahead. But I’d much rather be travelling along this road than the one I was on before.

Susanna met with Dr David McCormick from King's College Hospital to discuss VNS, how the therapy works, and the impact it can on your epilepsy.
Watch the Video
Do you use or have you ever considered treatment other than meds?
Join the conversation

So, What is Epilepsy?

Read more about So, What is Epilepsy?

All Things Physical with Research

Read more about All Things Physical with Research

Medication Toxicity - too much of a good thing?

Read more about Medication Toxicity - too much of a good thing?