My Life in 5: Hollie's Story

“When I look at what I was like then I think, wow look how far I’ve come”

Hollie is 16 and lives in Bangor in Northern Ireland. She’s just finished her GCSEs and is going on to do A-Levels in Double Health and Social Care, and Art. She’d eventually love to work with children. She’s a keen runner, part of the Young Supporters network, and a youth advocate for the Royal College of Paediatrics - ‘we’re working on the year 2040 and what paediatric epilepsy would look like. I love it.’

We talked to Hollie about five things she owns that tell a story about important moments in her life and living with epilepsy. 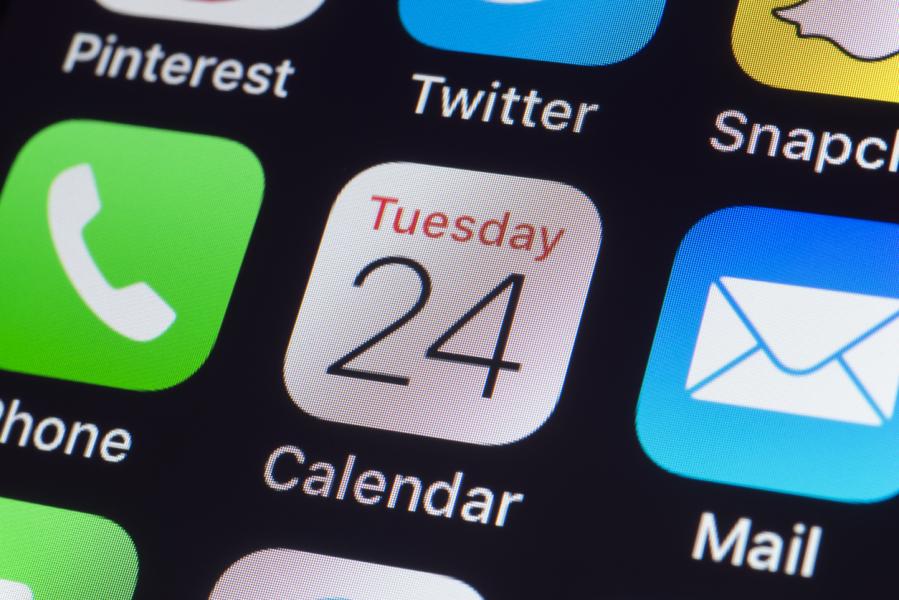 An object that helps me with my epilepsy: The apps on my phone

I had a rare brain tumour and it caused me to have a gelastic seizure, which is a laughing seizure and also rare. We always thought I had a funny wee laugh.  I got a heatwave up my body and a rush of butterflies. I felt like I was on a rollercoaster. Then the laugh came and afterwards I cried and felt very emotional then very tired, all in the space of 30 seconds. I had these seizures before I could talk. It was such a relief when we found out what it was, because at this stage I was having a lot of seizures each day.

I had laser ablation brain surgery in Texas to remove the tumour when I was 13 and I’m not having seizures now and I’m on medication. Due to where the tumour was in my brain and the surgery, my short-term memory isn’t good, this is where my Cozi app comes in. This app is a family organiser and calendar that my parents and me can both put information into and use to set reminders to me. This is my way of gaining my independence back and I can access it anytime, even on my school iPad. 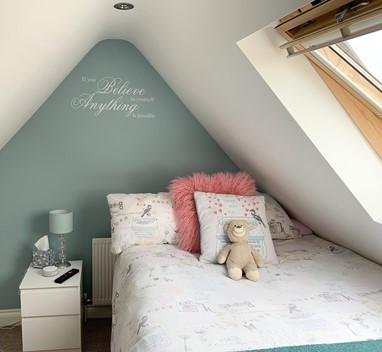 An object that makes me smile: My bedroom

This is a quote on my bedroom wall. I love it. It never meant a lot to me until I had my diagnosis and it meant the most to me after surgery. I had short term memory loss and it was my dullest time. I really felt like giving up. Where it is in my room, it catches my eye a lot - I see it when I wake up and when I go to bed. It keeps my mind positive to know there is a happy ending and I feel positive about the future. I find it calming. My parents always used to say it, especially my mum. If I was ever nervous and when I was in hospital, I would think of that quote. 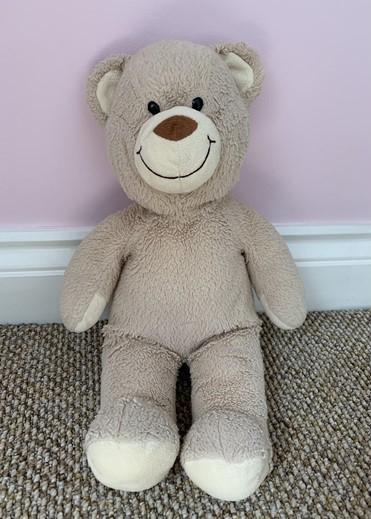 An object I’ve had since I was a baby: My teddy

I got this teddy when I was four. I went to the build-a-bear workshop. I stuffed it and made it myself, obviously with a lot of help. I made a wish on the heart and put the heart in and chose an outfit for her. I was sitting next to a girl called Amy in school, so I called my teddy Amy. She’s been with me at every overnight hospital appointment. She came into surgery with me. When I was wheeled away, Amy was tucked under my arm and when I woke up, she was there again so obviously the nurses had put her back in. It’s like a comfort thing. Home felt so far away, it was having something there. 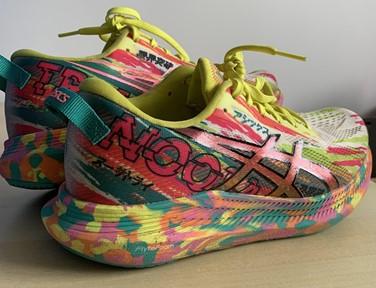 The object that helps me relax at the end of the day: My running trainers

I started running when I was eight when I did a race in school and got selected for the running team. Then I joined North Down Athletic Club in Bangor. I have a big big love for cross country, in and out of forests and trees. My trainers help me relax because running feels like a physical way to let go of everything at the end of the day. Because I’m part of a club there’s a community in it as well. It’s all very encouraging. They’ve been a big big part of my journey.

When my seizures got worse, I had to stop racing. I was doing my local park run and I would have finished but only thought I’d done one lap. My parents had to say to me no you’ve finished or you’ve done one too few or one too many laps. I think I was having seizures while I was running. It was like my mind was left behind. I was zoning out. A week after my brain surgery, I managed to walk Park run over in Texas. And that’s where the determination came out in me again.

Reminds me of something I’ve achieved: My running trophy

This trophy is important because the race was exactly a year to the day after I had surgery. It was a cross country so it was muck and hills and it was in January so it was wet and cold. But it’s my favourite sort of running. My club were the hosts for the race, so it was called ‘North Down’s Festival of Cross Country’. It was a big milestone for me. My parents were very nervous of me running and I found the training hard as I would tire easily. I don’t know what happened that day but I got a boost and went for it. Maybe it was the thought that it was a year post surgery, my emotions were high. I came third! And my name was called out from the podium!

Beth Dobbin: How Epilepsy has Impacted my Mental Health

Read more about
Beth Dobbin: How Epilepsy has Impacted my Mental Health

Getting a Good Night Sleep

Read more about
Getting a Good Night Sleep