My Life in 5: Lucie's Story

‘I’ve danced in the Wizard of Oz, Aladdin and at the Royal Albert Hall’

Lucie is 11, has started secondary school and lives in Basildon. She loves dancing and has performed in front of hundreds of people. One day she may even be a dance teacher.

We talked to Lucie about five things she owns that she thinks tells a story about important moments in her life and living with epilepsy. 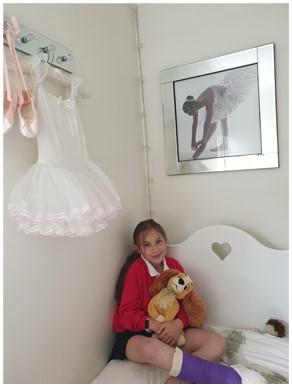 I remember going to the Disney shop and choosing this teddy. I was a toddler. She’s special because I love dogs and my French grandad has a dog and I love him. I would like a dog one day. When I’m really stressed I go up to my room and I cuddle Lady and also look around my room at objects. When I cuddle her I think about what I’ve done and a few moments later, I feel braver. I don’t know if it’s the help from her or a random thing. 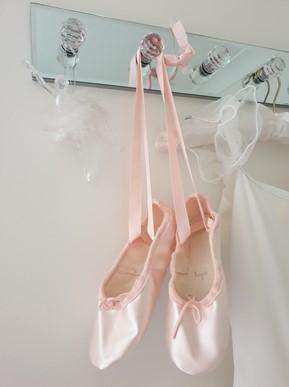 I’ve been dancing since I was 2 and a half. I do ballet, tap, modern, musical theatre and solo drama. I go to classes on Saturdays from 9am until 4pm. Last year in solo drama, I was Puck from a Midsummer Night’s Dream. I was very good. This year we’re doing The Witches and I’m the grand high witch. I’ve also danced in the Wizard of Oz, Aladdin and at the Royal Albert Hall. It’s really fun. I’m in grade three now and we’re doing pirouettes and arabesques. I can’t do arabesques on my right foot and lift my leg up, because I have hemiplegia. That’s really difficult so the teacher has to help me. But on my left leg I can do whatever. It’s helped me with movement in my feet and my coordination. It’s also made me more confident. 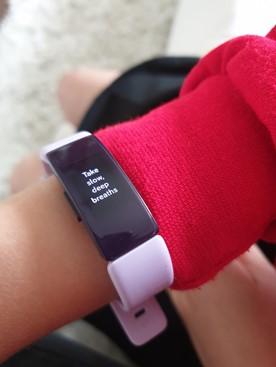 An object that helps me to relax - my Fitbit watch

In the evening if I’m stressed or I’m not ready to sleep, I go onto relaxation on my Fitbit and it says 2 or 5 minutes. So I go for 2 minutes as 5 minutes is a lot. Then it goes through the process of saying be still, take deep breaths and then it senses your breathing. It’s really helpful. Then after I feel much better. I haven’t used it for a while now but I used to. If I was anxious about the day, or epilepsy or something. I have focal and absence seizures. So what happens is I freeze and then my right hand goes up and my head goes to the right side most of the time. Then I come back a few seconds after and I don’t really know what’s going on. For example, if I’m at school and someone’s talking and I’m having a seizure, I’ll think what did you say? It’s quite annoying. I had a few today at school but they didn’t affect me because the teacher wasn’t explaining anything. I have between 1 and 4 seizures every day, but on some days I’ve had 17. Sometimes I have them in a cluster so I’ll have them every 5 to 10 minutes for an hour. The highest number I’ve had is 21. At home, I used to shut the bathroom door, but I had my first seizure there, so now I keep the door open so my mum and dad can hear me and it makes me feel safer. 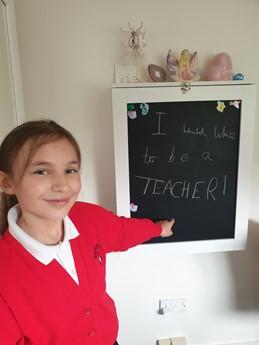 An object from my future - a blackboard

When I’m older I’d like to be a dancing teacher or a school teacher. I’d like to be a primary school teacher but I wouldn’t want to be a year 6 teacher at all because in the SATS they have to read the same thing every day, which isn’t fun! I wouldn’t want to be a reception teacher either because you have to do a, b, c, here are the sounds! So let’s say year 3, 4 or 5. 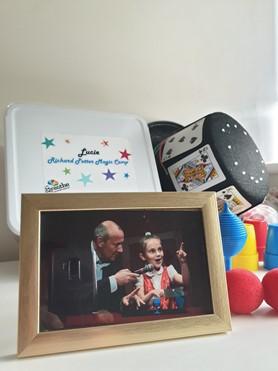 I went to a magic camp called Breathe Magic for children with hemiplegia when I was 9. There were all these professional magicians teaching us tricks along side occupational therapists. They gave me a magic box and every day I learnt a new trick. It helped me work on my movement in my right hand and fingers. I learnt zipping, cutting, doing my shoe laces, doing buttons, loads of things. I did a show and there was an audience and all these children doing a performance. It was at The Magic Circle in London, it’s a famous place for magicians. I wasn’t scared because in my dancing classes I have to do lots of performances. I was really pleased because I could do my shoelaces and my coat by the end of the camp. I was pleased about myself doing the zipping too. Every day we did this new trick, for example cups and balls or genie in the lamp, squishy red balls, pennies, and we took them home and practiced them. We had this book and my mum and dad had to write down how pleased they were. It will also be in my memory because on the first day, I had a massive seizure on the way to the train station. It lasted for a few minutes. It was like I was sitting down in a chair - I was collapsing like that. My dad had to put his knee out for me to sit down on him. I was sweating but I don’t really know what happened because I was in a seizure. In the end I had to go to the hospital in an ambulance and that day I was diagnosed with epilepsy mainly right focal, (and the occasional tonic clonics).

Read more about
Epilepsy and ADHD

I am me, not my Autism

Read more about
I am me, not my Autism